A collection of works by or attributed to Sir Muirhead Bone ... 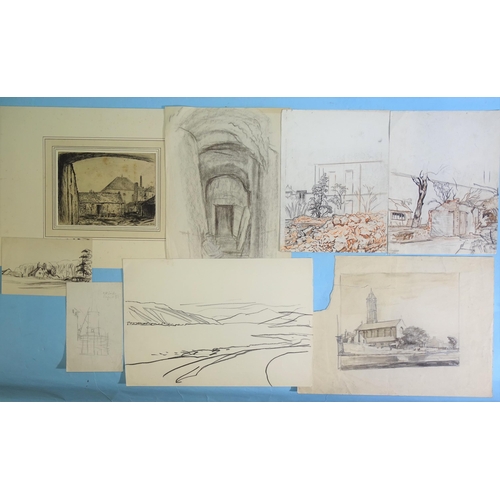 A collection of works by or attributed to Sir Muirhead Bone HRSA HRWS (1876-1953). Bone was a Scottish etcher and watercolourist who became a war artist in both the first and second world wars, he was an active member of both the British war memorials committee and the war artists advisory board in the second world war, he also served as a trustee of the Tate Gallery, the National Gallery and the Imperial War Museum and he was influential in promoting his fellow war artists William Orpen and Wyndham Lewis.
His draughtsmanship was remarkable, particularly his early architectural subjects which developed after his apprenticeship to an architectural practice, he studied at Glasgow school of art, he began printmaking in 1898 and the British Museum hold a number of his works. Bone’s small black and white drawings, and their realistic intensity reproduced well in the government-funded publications of the day and no subject was a challenge to the artist.
In the inter-war period, he exhibited extensively in London and New York and achieved a considerable reputation, receiving a knighthood in 1937.

“Black Boar Yard, Ayr”, signed and dated ‘98 (1898), also inscribed with the title, possibly in the artist’s own hand, pencil, pen and ink with grey wash, 8.5cmx22cm; together with seven further unframed studies including two drawings of buildings and vegetation; a line drawing of mountains; a study of All Soul’s Church, Regent Street (a preparatory unfinished work), and another view of a church, all various sizes (8).

The study of a church is torn in the corner.

Fees apply to the hammer price:

Other Lots in this Auction 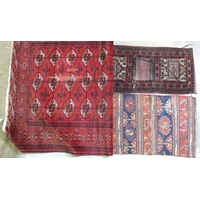 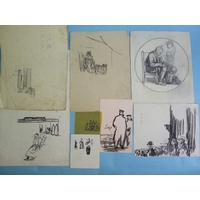